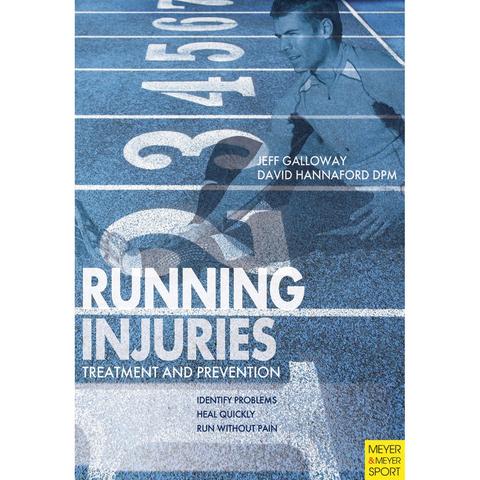 One of the most common running injury is the Iliotibial Band Syndrome, otherwise know as the IT Band Syndrome!

Note: This information is advice given from one runner to another, and not meant to be taken as a medical consultation. Your best strategy in diagnosing and treating any injury is to see a doctor who wants to get you back out there running. He or she will keep trying various treatments until something works. When that type of doctor tells you that you need to stop running for a while (because it is a stress fracture, etc), you should do just that. Ask the most experienced runners in your area for the names of medical specialists in the area of your injury, who’ve helped other runners heal quickly. When a doctor barely listens to you, and quickly tells you to stop running, it’s time for a second opinion. Sometimes even the best doctors miss something. There are times when you should talk to 2-3 highly recommended specialists to get the whole picture.

Almost all of the runners I’ve communicated with about I-T Band injuries have been able to run during the recovery period, once the healing had started. Many of these folks have continued their marathon training program, after making the adjustments for the injury. Once you’ve determined that the healing has begun, and your training stays below the threshold that could further irritate the injury, you’ll probably be able to continue your running. The first priority, however, is being conservative enough (with slower pacing, more walk breaks, and days off from running) to allow the healing to continue.

Where does it hurt?

A strong muscle just below the hip, the tensor fascia, is connected by a long band of connective tissue that acts as a tendon, going down the outside of the leg, and connecting to the shin bone below the outside ot the knee. Even when the wobbling proceeds for some time, this band of tendon tries to keep the leg from excess motion. Once the tendon itself loses its strength, and continues to be pushed beyond it’s capacity it gives way at the point of most stress. This is most commonly where the tendon connects below the knee. A bursa sac, which tries to smooth out the operation of the knee and protect the tendon from the bone, may also become irritated. Some runners strain the tendon itself, others pull away the connections below the knee, the tendon and the bones. A second area of irritation is that just above the knee, due to the friction of the tendon repeatedly rubbing the bone slightly above the knee joint on the outside.

Can I run my marathon, this season?

Maybe. If you back off soon enough, it’s possible to run enough to do the marathon, while it gets better. You will have to reduce the speed of every running segment and put more walking into your runs, more often. The longer you continue to irritate the injury, the longer it will last. Even after you start back, you must monitor the injury for the next few months. Even after the pain goes away from an injured area, there is still damage inside. One run that is done too fast (or without enough walk breaks) can bring back the damage, often worse than it was before.

How does it get injured? As long as the leg muscles are resilient, and you’re not doing very much more training than you’ve done in the recent past, the leg system will stay in its track and adapt to slight increases. When you push your main running muscles too far, the primary running muscles get too tired to move you ahead and stay within the natural range of your foot and leg. In other words, your legs start to wobble. The further you go when wobbling, the more you will injure the area. You may not be able to pinpoint what caused the problem, but here are the most common causes.

Treatment I’ve spoken with hundreds of runners who’ve run through I-T band injury. You want to get permission from your doctor to do this. the healing needs to have started, and you must stay below the threshold of irritation. In other words, you need to keep from further injuring the area. If running 4 miles leaves it feeling worse the next day, run no more than 2-3 miles, every other day. If it stays injured when walking 1 minute after 3 minutes of running, then run 1-2 minutes and walk 2-3 minutes. It never hurts to be more conservative in your running when injured. By running too much you’ll prolong the duration of the injury. Most of the time, you don’t realize what is too much until you’ve injured yourself. That’s why it’s always better to back off at the first hint

1. Take enough time off to get the healing started (usually 3-5 days)

2. Take vitamin C. When I have an injury such as I-T band, I take 1000mg of Vitamin C, 3-5 times a day. Consult with a sports nutritionist for further information about vitamin C and other nutrients which can speed healing.

3. Stretch the tendon. The I-T band is one of few running injuries that is helped by stretching. Start with the stretches recommended and experiment to find ones that reduce or eliminate the pain. You can stretch before, after, and during a run‹and even in the evening, or while sitting at your desk at work. Stretching primarily reduces the tension on the tendon so that it doesn’t hurt for a while. By keeping the I-T band flexible you also reduce the continued pulling on it, and may help it to heal to some extent. Experiment with different stretches for the area. The best ones are those that release the I-T band at that time, giving you instant relief. Compare stretches with other I-T band sufferers, but very few runners will use the same stretch routine. You will find that different stretches help at different times, even on the same run.

4. Ice massage. Freeze a paper cup and every night, rub the ice directly on the area of pain until it gets numb (usually about 15 minutes). Be advised that there’s usually no healing effect from ice in a plastic bag, towel or frozen gel pac. It helps to ice the injury immediately after a run, but even if you miss this opportunity, ice it well at least once a day.

5. Run on level surface. Uneven surfaces will fatigue the muscles and tendons and increase the chance of I-T band irritation. A road that is slanted can cause I-T band problems on one run.

6. Get the right shoe and possibly an orthotic. Even the perfect shoe (whatever that is) will lose support from the midsole, usually without any outward sign on the shoes. To run on these shoes usually aggravates the injury. Shoe experts, (such as the ones in really good running stores) can advise you in finding current shoes which can give the support or cushion your foot needs. Overpronated floppy feet show some shoe wear on the inside of the forefoot and benefit from motion control shoes. You’ll have to give them feedback how the shoes feel and whether there are any discomfort areas. The shoe should be an extension of your foot without any extraordinary pressure or tension.

8. As a last resort.Under doctor’s direction: anti-inflammatory medication and/or cortisteroid injection (i.e. cortisone) may get the healing started. Get several opinions before you agree to this, and go to the most experienced and competent doctor you can find.

The best recovery tool that I have found is called the BFF – it invigorates the affected area and brings new bloodflow in!